She is the kind of girl that can knock your socks off literally and figuratively. We had a sit down with Ashley Khuddu who took us on her journey of being the only female black belt at the University of Zimbabwe.

Ashley Khuddu or better known as Sensei Ashley is a 20 year old born in Bulawayo. She is the first born in a family of three; a second year student at The University of Zimbabwe (UZ) majoring in Business Management.

Q: How does it feel to be the only female sensei?

It feels great, I’m proud of myself and what Ihave achieved so far but it depends on the day. I like it. I enjoy it. It is not really a big of a deal for me but it feels good because everybody seems to respect me and my position. So yes I love it.

Q: What kind of problems do you deal with?

STEREOTYPING!!!! As a girl there’s always the stereotyping that karate is supposed to be
done by boys, so usually I always face a little bit of judgment from girls or stereotypical guys that look at you like your weird because you do almost like a male sport which really is not supposed to be like that.

Usually people think that just because I’m a girl I’m not supposed to be doing this type of sport. I feel like we should break that stereotype. Yeah those are the kind of problems I usually deal with. Usually when you’re in the dojo they never think that I’m actually capable of teaching the class or actually doing what I’m supposed to be doing.

They always think that because I’m a girl I can’t train people the same way the boys also train people.

Q: What are some of the decisions you make?

Basically the decisions that you make when you’re a Sensei are; to train people, make sure the person is taking training or administer the training, make sure that people are ready for training and you evaluate who is going to be ready for grading (shifting or graduating from the lower belt to a higher belt) and sometimes I participate in the grading that happen. So I decide who gets to the next belt. I also decide who gets to go or who is fit enough to go for tournaments.

Q:Why did you choose this sport, why karate?

When I was a kid my dad used to watch these old Japanese movies ,there’s this specific movie called ‘Black Belt Angels’, I used to love it so much. That’s actually what inspired me to love karate ‘cause those girls I thought they were so cool cause they used to beat up boys and I was like, man I want to be like that and as I grew up I also got to respect the sport and the discipline that comes with it and it just taught me a lot. So I thought you know what , I actually want to do something different, something out of the ordinary and something I feel I’m comfortable with.

And I love karate and I wouldn’t have chosen another sport really so that’s why I chose karate ‘cause it just looked cool and when I was a kid it looked really cool and as I grew up I got to appreciate what karate people do in life and the discipline that they get when they learn the whole process and it’s not only karate but in relations and actually interacting with people, it’s a whole other world.

Q: What part of this job do you find most challenging?
To break the stereotype, especially beginning days when you get new student they usually look at you like, “Are you serious? Is a girl going to train us?” Yeah so that stereotype is probably the most challenging because they judge you because you are a girl but I think after a few weeks when they actually understand how everything works, it sails from there. I think that’s one of the most difficult challenge. And also to keep people coming back ‘cause people think they be doing flying kicks and splits by the second day which is not true but you have to break that mentality that people have and giving them the realistic point of view of what karate is. If people are consistent and they love the sport then it’s honestly very enjoyable.

Q:What part of this job do you find most satisfying?
To see girls not being afraid of stereotype and actually joining the sport. When they
break boundaries I think that’s the most satisfying part of this job for me. When I
actually give people a chance to see that it is possible to do karate and be a black belt. To
show them that this sport is not just something boys c a n d o b u t something girls
can do too.

Q: How do you describe the working atmosphere and the people whom you work  with?

The atmosphere is just extra ordinary and out of this world. We are such a family.
I don’t know how to describe it exactly but it’s such a bond; that honestly sometimes I’m
even left amazed by it because for me the people I work with are Cyril the captain and Sensei Knowledge. 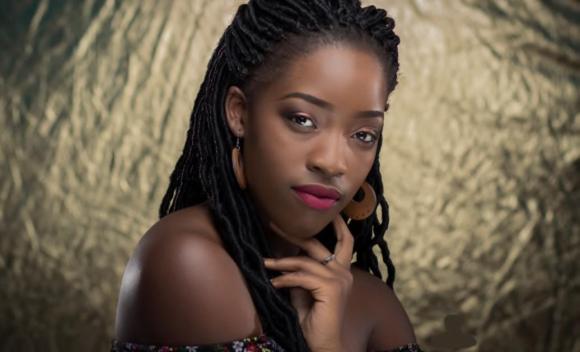 Q: Do you ever find it difficult to work with others as a team?

No. I don’t have any complains to be honest. My team has been great from the captain to our sensei Aldrian, they have been such a good support team. They are no conflicts;
everybody knows their place. What I know is that, this team has been a great team.

Q: Is it hard for you to keep up with other Senseis?

No I have never found it difficult. I feel like I make it happen. We work together as a team. So if one is slacking behind we help each other. We balance each other out. It is not really a competition it’s more like we helping each other out as sensei’s.

Q:What is the best part about competing?

Getting a gold medal. I say I have never left a tournament without a medal, “LOL ndakazviramba izvozvo” and meeting new people especially other women who also love what I do, who can relate with me. It motivates and encourages me.

Q: What age were you when you first started training karate?

I started training when I was 13 years old at Dominican Convent. My sensei was and still is Winston Nyanhete and I got my black belt when I was 16. I have been training karate for eight years now I don’t think I will stop.

Q:What advice would you give to other girls that want to join/tackle karate
but are too intimidated to do so?

They should come and join. It’s so much fun and is a great work out too. The people you meet there are life changing. Karate teaches you more than what you think and it’s also an added advantage for you to learn self-defense just in case. They shouldn’t limit themselves and underestimate the ability that they have. They should always do what they are passionate about.

I URGE EVERYONE TO COME AND TRY TO JOIN KARATE TODAY!!