When it comes to modern day dating, there’s no question that things aren’t the way that they used to be. Instead of meeting people the old fashioned way, Platforms like Tinder and Bumble have taken over the dating world. Although convenient, the use of apps and texting communication has caused a rise of of ghosting. For those who aren’t familiar with the term, “ghosting” refers to when a person that you’ve been romantically chatting with simply ignores you without any explanation. No matter how great you think the date may have gone or how much chemistry is there, you could totally still get ghosted. Not sure why? Take it from the people who have done the ghosting:

They’re scared of hurting your feelings.

One of the main reasons that people get ghosted is because the person doing it simply doesn’t want to deal with having to hurt your feelings. Although we may think that sending a rejection over text is much easier than doing so in person, not responding altogether is even easier. Especially if it’s someone that you wouldn’t necessarily run into on a daily basis, ignoring someone’s text doesn’t seem so bad. Whether it’s gradually texting less and less or completely ignoring them altogether, this is definitely a big one.

Joshua Keys, a senior at the University of North Texas, explains that “sometimes it’s just easier than trying to think up a formal rejection, even if it is through text message. I feel like it would’ve been better than giving a straight rejection.” Not everyone can be as brave as we want them to be, right? 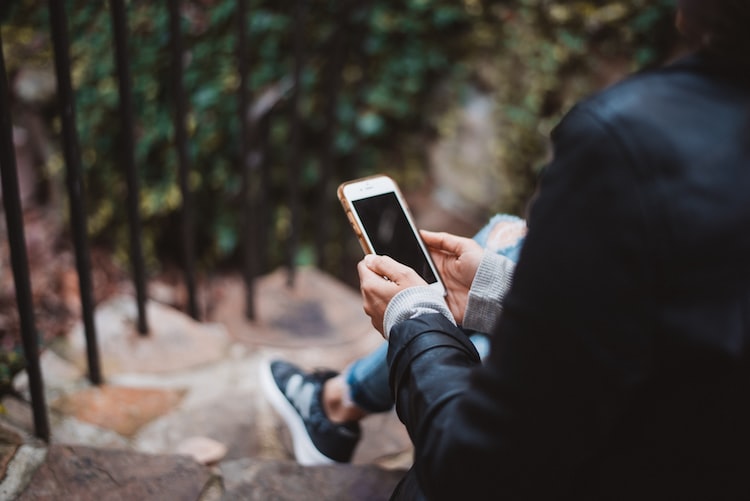 They found someone else.

Although this may sound like one of the worst reasons to ghost someone, some say that the reason for their ghosting is because they simply found someone better for them. This may not make you feel the greatest, but it’s important to remember that this doesn’t mean that they found someone more superior than you, they just found someone with better compatibility for their needs. Most ghosters say that they started to ignore the person they were talking to because they found a bae that they truly wanted to invest in.

M​egan Dibbern, a grad student at the University of Texas at Austin, says that this is a big reason why people go ghost. “I just don’t find it necessary to continue to talk to someone when you know that it’s not going to last,” she explains. “For me, it’s not necessarily that I chose someone over someone else, but I just think of it as going with the better choice for myself.” That makes sense, right?

One big reason for ghosting that most people don’t consider is that the relationship didn’t seem serious enough to require an explanation. We know, it’s hard to tell how invested in you someone is, but without communication there’s no way to truly know where your “almost” relationship stands.

Holly Brookshire, a graduate from the University of North Texas, explains her reasoning. “For me, I didn’t think that we were talking long enough for it to require a formal ending,” she says. “I feel like if we’ve only been chatting a little bit for a short period of time, simply not replying anymore sends the message across.”

It’s important to remember that sometimes it’s not always about someone being a jerk, but just differing mindsets. Something that seems okay to one person may not be the same as yours.

Related: 7 Questions to Ask Yourself Before You Date Someone New

They’re not motivated enough to keep it going.

Now here’s the big one: Although it may seem like one specific text or message may have ruined the budding relationship, the answer may be a lot simpler than you think. Most people, whether they’re experienced or not, can often lose interest for no reason at all. We all know that the feeling of butterflies in our stomachs and fast heart beats don’t really happen all that easily.

Joe Lee, a sophomore at the University of Texas at Arlington says that this is a main reason he ghosts people. “With my busy schedule, when I’m not super interested in the girl I’m talking to, I just don’t feel motivated to keep it going,” he says. “Honestly, most of the times I just forget to reply.”

It’s hard to find someone who truly makes us feel like we are in love. More often than not, two people feeling that way about each other is very rare, but that’s what makes it special, right?

Campus Moments Mag is launching a new show in which ‘Cool kids on campus’ will  show off their dance moves every week.

The show will be cast on Facebook Watch and Instagram’s vertical video service IGTV every Wednesday starting 19 Septmeber 2018 at 6p.m.

Success is a journey not a destination. Dont ruin today by thinking about a bad yesterday ,let it go.

Remember that Falling down is an accident…but staying down is a choice.Learn to Be proud of who you are and not ashamed of how someone else sees you.Always know that opportunities will knock at your door every morning but if you keep sleeping they will simply pass you by.

Good morning and enjoy your day

Love the life you live and live the life you love.Do it now. Sometimes later becomes never.Remember, everyday may not be good but there is something good in everyday. Moreover, you are the creator of your own garden, so plant kindness and compassion, water with love and gratitude and you will enjoy beauty all the days of your life.

*Good morning and have a blessed  day

Instagram never ceases to amaze when it comes to innovations. Whether it’s the success of the Snapchat-esque insta-stories in 2016 or the YouTube-twin IGTV in 2018, it’s no wonder that the Social Media Giant boasts 800 million (and counting) users, giving platforms like Facebook and Twitter a run for their money. And it seems like Instagram will continue on its innovative roll as it tests its newest feature, College Communities.

As explained in a report by CNBC, the College Communities feature aims at encouraging students to connect to others at their university by inviting them to an Instagram college community, reminiscent of Facebook groups. If you want to join the community, you have to choose your university and graduating year after which you will have access to “class-based lists of other students who have opted into the community”. 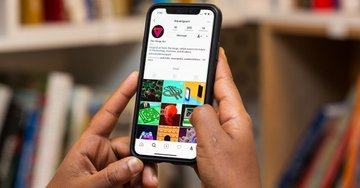 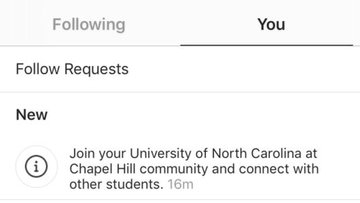 Could be an interesting way to find classmates or another invasion of privacy? Instagram is testing college community groups http://bit.ly/2PJBZMM  #Instagramnews

By testing this new feature, Instagram seems to be on its way to take yet another leaf from another Social Media Giant’s book, this time Facebook, the mother of Social Media. Although Facebook continues to be the leading Social Media platform with 79% of online adults using it versus merely 32% on Instagram, according to a Pew Research Center study, another study shows that Instagram is the most popular online platform for teens after YouTube. So by introducing this new feature, Instagram may be making the perfect move to further engage its population of young Instagrammers.

However, like most new features, College Communities still has a long way to go. Instagram does say that they are making sure that people can report inappropriate behavior and confirm that the students wishing to join the community are actual students by checking “information people have publicly shared about their university, the accounts they follow and other connections they have” but there are still glitches. As told shared by CNBC, one reporter found himself invited to join the correct college community but was then asked to register as an active student even though he is not.

We’ll continue to stay tuned to how things go as this new feature is tested and, who knows, we may be saying hello to a new virtual college community in the near future.

After reading @prowl_magazine’s #TopTenTuesday (yes we love to read magazines other than our own) we have curated their twitter story here. It may give you ideas where to look if you are yet to go on attachment. Feel free to add other companies to the list.